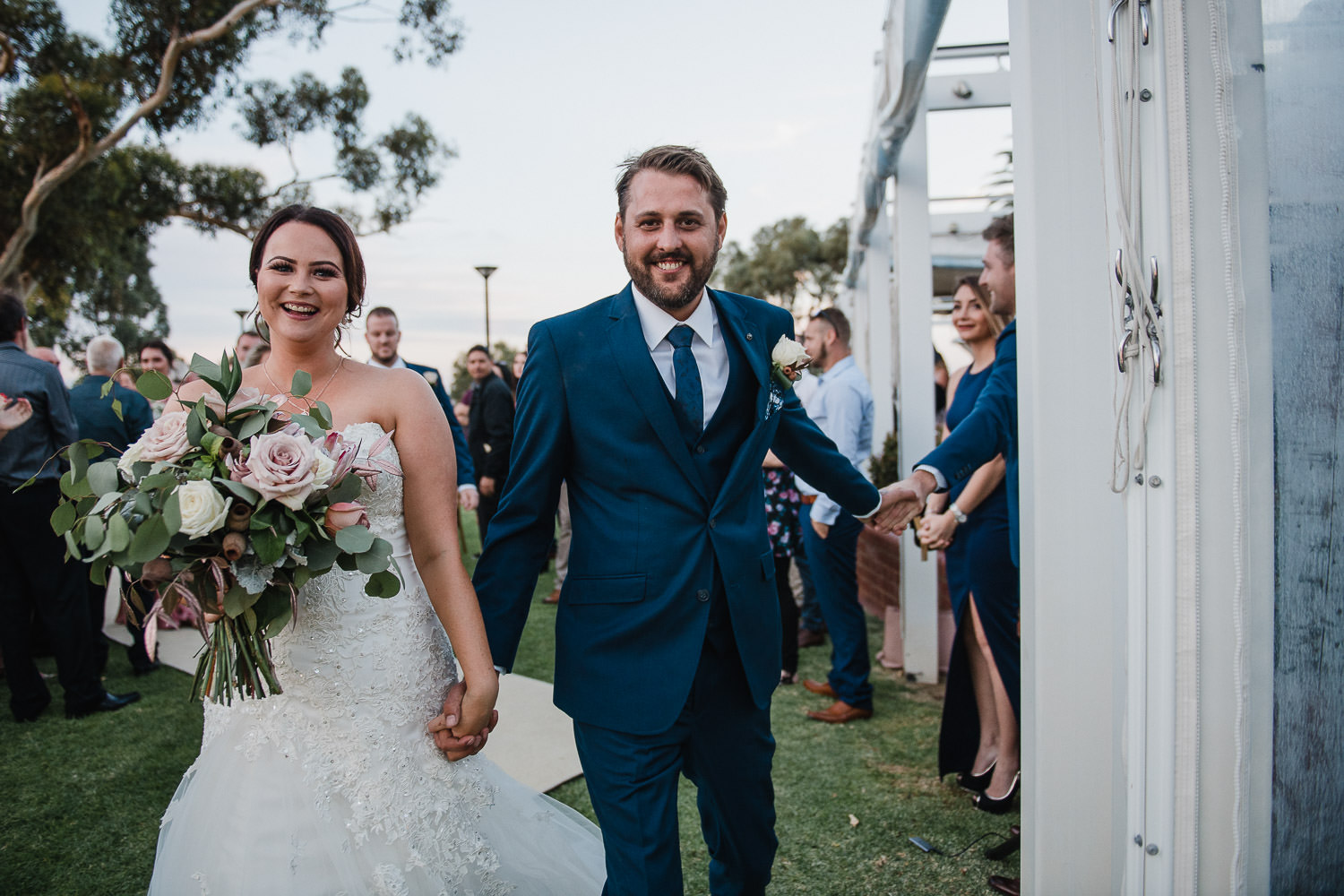 It was a beautiful autumn day on April 21st 2018 for the wedding of Poppy and Callan, and although I know that every wedding I have the honour of attending is about declaring to the world the love and happiness between two people, Poppy and Callan really did show how happy they were to be getting married to each other.

It was a genuinely lovely wedding and I know they will look back on these memories for years to come. As a photographer who truly envelopes capturing the story behind the eyes of my subjects, it was great to spend time with people who were just so engrossed in Poppy and Callan, so that I could roam and do my thing to the best of my ability.

From the start, it was all jitters for Poppy as she got ready for her big day with the bridesmaids, Katy and Brittan. But as they settled in after the morning’s duties of hair and makeup, nothing could wipe the smile off the bride’s face as her parents saw her in the dress of her dreams for the first time. As I took in those moments for her through the lens, the light stunningly perfect on this storm-predicted day, I could see how Poppy put so much thought into every part of the wedding – from abundant flower bouquets of soft pink and white embodied by greenery, through to the gorgeous ceremony arch display at the ceremony.

Poppy has such a classic beauty style to her, and the dress was just perfect for her in every way. Her photogenic grace and comfortability sure made my job easier!

While she and the girls got ready in Maida Vale, man of the hour Callan and his groomsmen Blair and Matthew prepared in High Wycombe before the party stepped into a red SS Torana and drove to meet for a private moment before the official ceremony – their ‘first look’.

John Oldham Park is one of the most ideal settings for brooding romance, with its lush surroundings, lake, waterfall, and stunning Perth city views. Callan arrived at the park first with the couple’s furbaby Rage, eagerly awaiting to see his bride, and he was so excited when she did finally reveal herself.

Their First Look was incredibly sweet; the way Callan looked at her was how every girl dreams of being looked at by the love of her love. It was an incredibly emotional photoshoot as they took in some quiet moments before the ceremony at BWG Steakhouse in Applecross. In my view, words just can’t describe the moment between a bride and groom when they get to see each other intimately and privately before their guests do – it’s a moment that can’t be matched by walking down the aisle, and I was honoured to be a part of that.

Highlights of the day included how Poppy and Callan’s smiles lit each other up, and how each guest was just in awe of the love shown by the bride and groom. On top of that, the wedding reception was one for the books, as the rain began to pour outside but the party was nothing short of fantastical.

From the table decorations to the wedding cake (which just so happened to have personalised wedding toppers of the bride, groom and their pup), anyone could see how much effort went into this public display of affection and love.

And what better way to have ended my time with Poppy and Callan, then with the rain, a single umbrella, and the everlasting love of newlyweds.