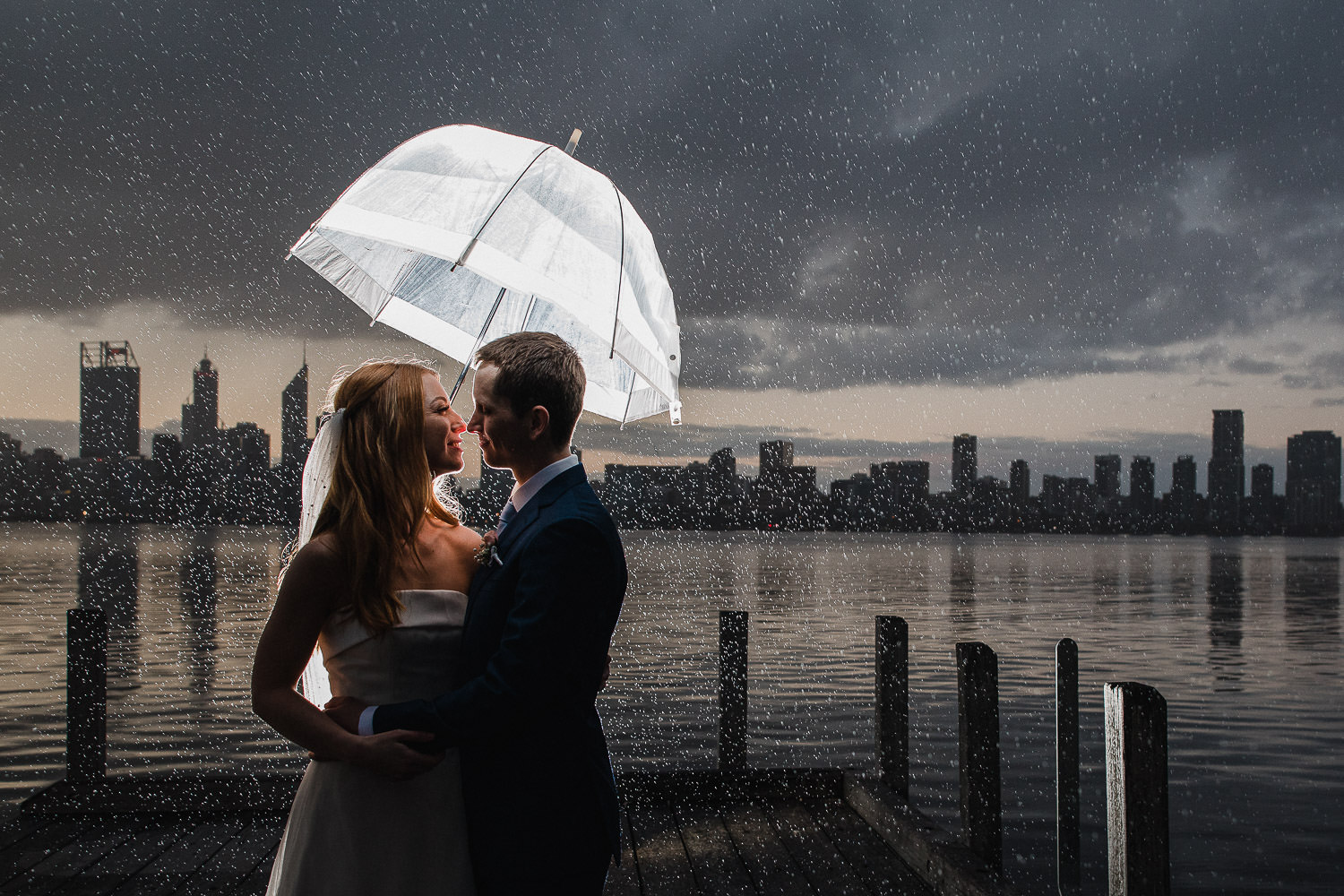 Nothing stopped Veronica and Louis from getting married in 2020

It’s been a while, but things are slowly getting back to normal after a tumultuous 2020 and the wedding of Veronica and Louis on 18 July was my first bridal photography event since the COVID-19 outbreak.

The couple had originally planned an April wedding, however due to restrictions in WA, it was decided that a smaller ceremony and reception would be the best option for later in the year, and so following a date change, guest numbers were also downsized from 100 to about 30.

Glorifyingly, the year’s pandemic didn’t stop Veronica or Louis from exchanging their vows – they willingly adapted to the changes and to the restrictions, and I happily ensured that they got what they had originally wanted – stunning wedding photos of their beautiful day.

Firstly, there is definitely a stark difference in weather when you compare April to July. To go from an autumn wedding to a winter one might put any other regular bride in damp spirits, but it didn’t stop Veronica at all. In fact, cloud coverage on the morning of her special day worked in my favour for outdoor photos, and by the afternoon all had cleared so everyone was as content as could be.

The gorgeous Veronica got ready at her parents’ house where her bridesmaids were very relaxed with early champagne and sang along to Disney Princess songs to lighten up the mood. Despite it being quite a large bridal party, it just seemed like one big get together with smiles coming from every angle – it was truly an enjoyable time photographing them all, each one of them friendly and looking forward to seeing the bride meet her groom later in the day.

Louis prepared at an amazing South Perth apartment, where all the boys wore navy blue rather than the traditional black colours. Acting a bit more casual than the women when I arrived, there was an abundance of laughs as the hilarity took off in my photos, but once we got down to business we all managed some great groom shots not only inside the apartment, but against the Perth city skyline.

Veronica and Louis chose to have their ceremony at St Columbas Catholic Church in South Perth – the same church as where Veronica’s brother got married, and filled with stunning city views from the outside. The boys all arrived via maxi taxi, and found themselves waiting patiently, not too long, for the bride and her bridesmaids to make their entrance.

There were smiles all around as the smaller number of guests got the opportunity to witness the wedding of the happy couple, all realising that not even a global pandemic could stop them from getting married.

We didn’t have to go very far for group photographs with the surroundings of the church the perfect location, but we did end up heading into South Perth along the foreshore to get more – the clouds started to arrive again though, and then a little bit of drizzle, but we all took it as a sign to get creative with the rain and some umbrellas, so in fact, the wintery weather definitely worked in our favour.

Onto the party, and the newlyweds held an intimate reception at the South Perth Yacht Club in Applecross. Thrilled the day was not dampened by the rain, Veronica and Louis entered the venue with the biggest of smiles on their faces – and then of course the festivities began.

Thank you to Veronica and Louis for allowing me the privilege of photographing their special day in this unforgiving year. I wish them all the happiness in the world together and can’t wait to hear about how they are going in the years to come.