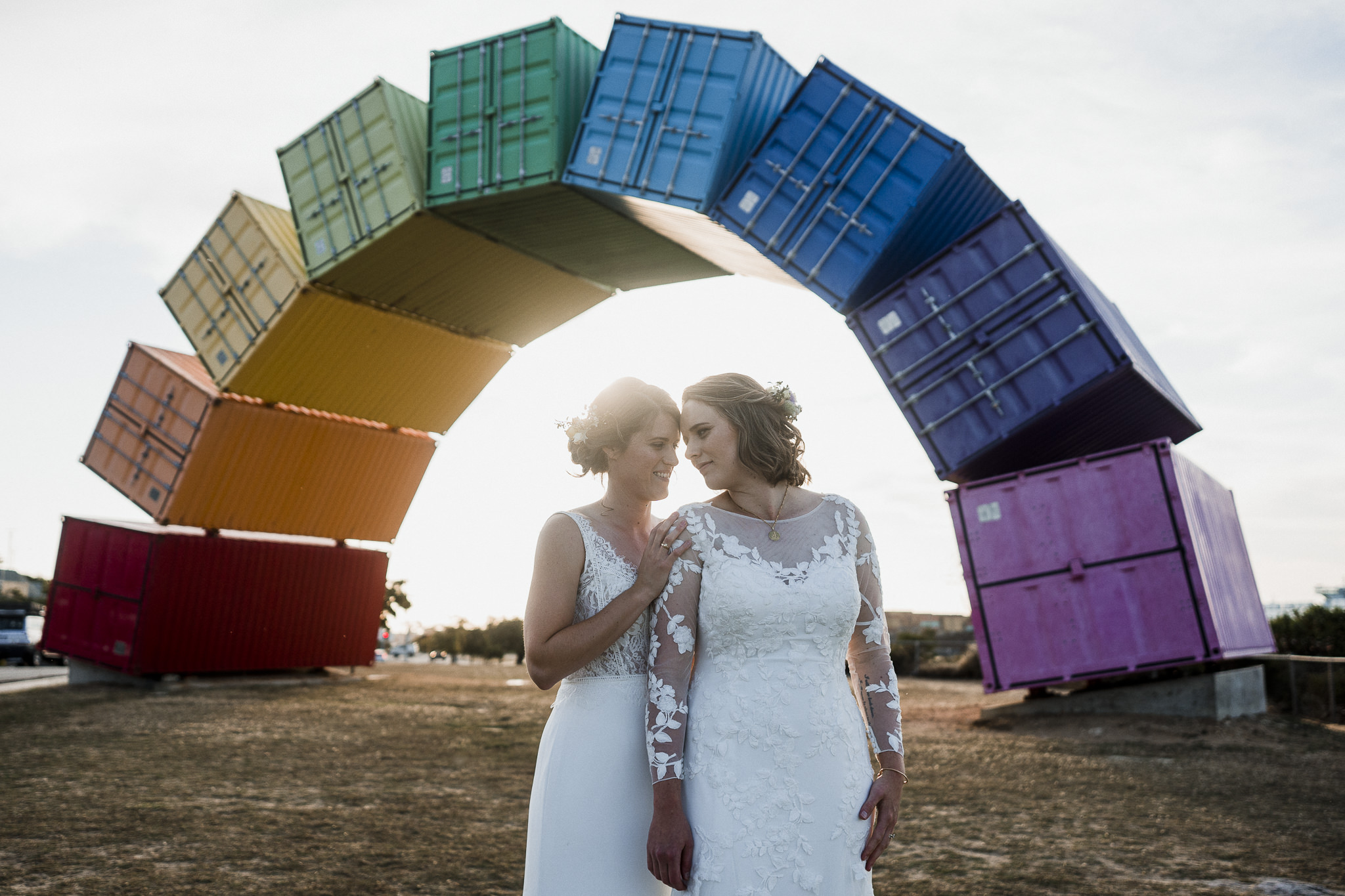 Alana and Jess show their love under the ‘rainbow’

Alana and Jess celebrated their wedding at the Tradewinds Hotel in Fremantle, WA on the autumn day of 19 October 2019, and it was absolutely spectacular in every way.

Having met online, the couple found they had an incredible amount in common, including a love of animals and the sport of cricket, and the relationship simply flowered from there – there was nothing to it.

They brought their dream wedding to life by including their family, as well as their furbabies, into the pre-wedding photo shoot, and the couple were incredibly easy to work with.

A creative twosome, with Alana being a talented artist, the brides took to their special day with excitement, despite the chaos that always comes with a wedding, and each got ready separately – Alana at the Tradewinds Hotel and Jess at their home in Parkwood.

With two greyhound rescues and four cats between them, it was no surprise there was a request to have photos done with them. Having said that, the animals were quite cooperative, and we got some stunning shots that will surely last a lifetime.

With an eye for detail, Alana and Jess kept things chic and classy with form fitting wedding gowns and abundant bouquets – Alana opting for bright yellows together with green leafage and Jess choosing a more softer palette of lilacs against dainty white.

The ceremony, held on the rooftop of the newly refurbished Tradewinds Hotel, saw an intimate number of guests which made their official ceremony quiet and cosy. And despite the heat of the sun atop the venue and reaching a balmy 32 degrees, a sea breeze helped keep the bridal party cool and attendees comfortable.

The bridal party only consisted of Alana and Jess, and this gave me so much room to take photos during their vows; the angles I could work with, the shots I could play with, all led to a marriage ceremony shoot I was extremely pleased with.

And as the bridal couple declared their love for another, all the guests were left with wide brimmed smiles, all keen and eager to get together and take photos with a couple they knew belonged together from the very start.

Following the fun of the ceremony, Alana, Jess and I had a great time, just the three of us, cruising through Fremantle and targeting different areas to take bridal photos. And because there was no ‘bridal party’ as such, it was a lot easier to give direction and tell the brides were to stand and what action to do. As fun as taking photos of an entire party is when there are bridesmaids and groomsmen, sometimes things can get carried away, but when I have two subjects as beautiful as Alana and Jess to focus on, more opportunity arises to get to more destinations for an extra number of photos for the album.

In this case, Fremantle possesses an abundance of backdrops that truly re-iterate the personalities of Alana and Jess, including the Maritime Museum, Fremantle Port, the old site of Wool Stores, and a graffiti wall that we utilised and turned into a piece of art with the brides in front getting a good laugh.

Our last destination for bridal photos had more than one meaning to the couple though. The Rainbow Sea Containers between the bridges at Beach Reserve, overlooking Fremantle Port, were installed in 2016 and are a universal symbol of hope and acknowledgement of the area’s artistic as well as maritime heritage.

But it has become even more than that in recent years.

Just over two years ago, it was the meeting place for marriage equality YES voters around Fremantle who wanted to voice their support and favour to same-sex marriage.

For Alana and Jess to have their final bridal photos under the arches of ‘Rainbow’ meant they could forever embody in images their opportunity of marriage equality, which was legalised on 9 December 2017, and that their belief of universal love and diversity was more powerful than anything else on this planet.

The Tradewinds Hotel was also the location of Alana and Jess’s reception, which was very casual and again, intimate with their limited guest numbers. The chic and classy affair was impressive as speeches were made early in the evening before everyone rocked it out on the dance floor, and whilst the cutting of the cake was a bit of a fun, the brides took opportunity to take some last minute bridal photos outside the venue and in the reception area. 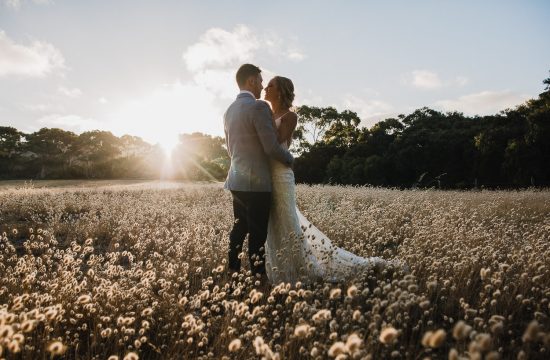 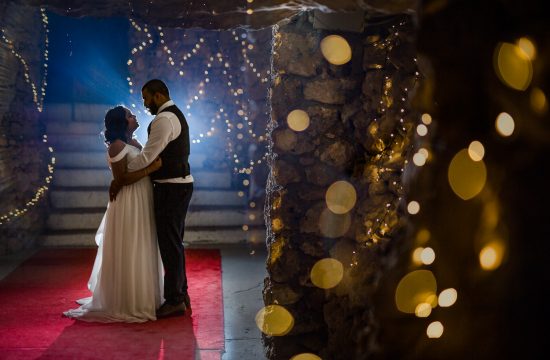