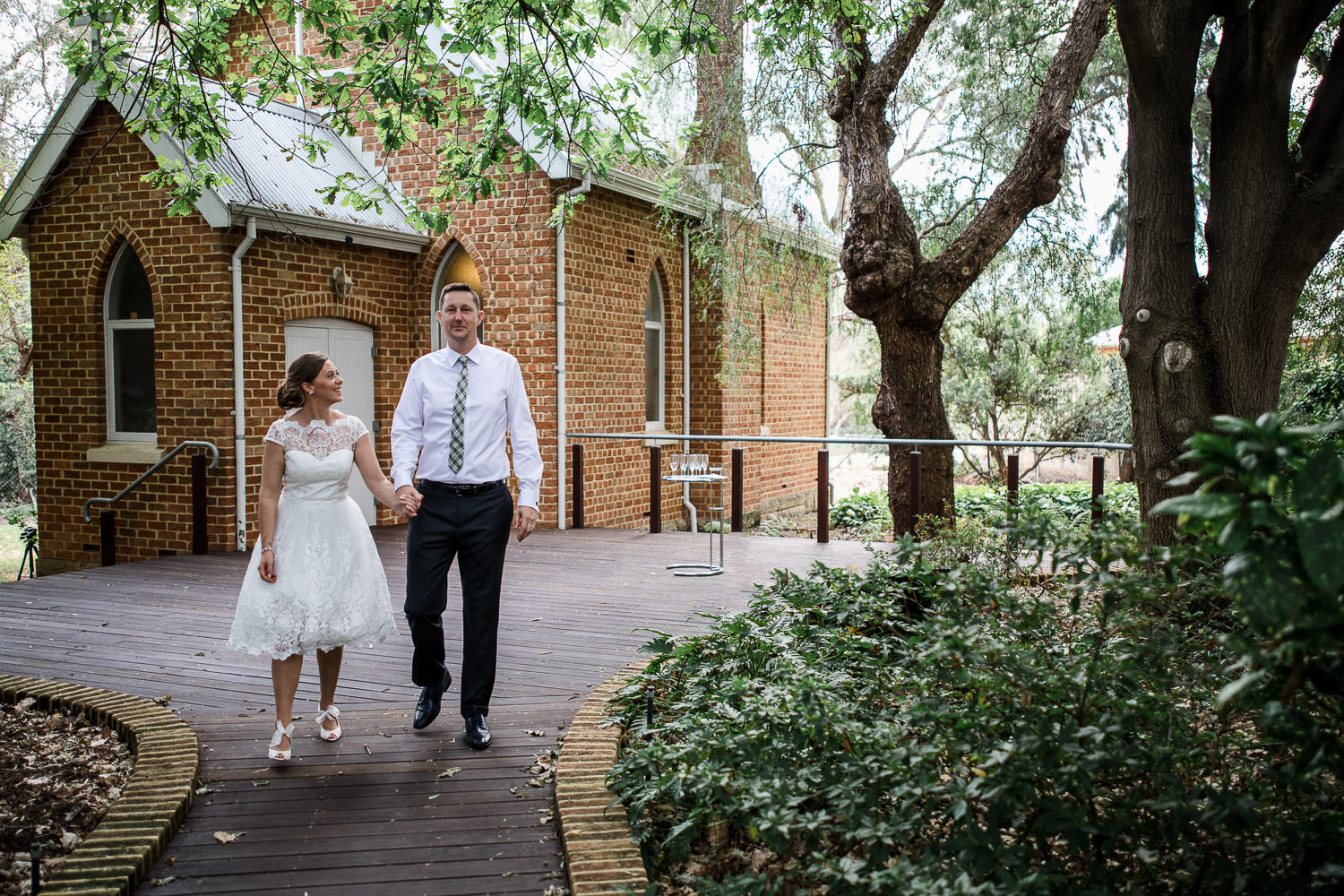 The essence of intimacy captured in one day

Everyday connections are strengthened when you have someone who understands your mind, and it was a different kind of intimacy with the small-scale yet comfortably cozy wedding of Kate and Eddy early this month.

Saturday, November 11 was a most delightfully day with beams of sun shining down on the couple throughout their ceremony and reception. Woodloes Homestead was their choice for both, and the location couldn’t have suited a more perfect couple.

It was built all the way back in 1871 on the banks of the Canning River, and is the oldest building in the suburb; it’s situated among towering trees, and its design is of solid stone with a Victorian-Gregorian style.

The property’s church is immaculate, and in the grand scheme of things, perfected the intimate theme Kate and Eddy appeared to have subtly created. Despite the church only being able to seat an abundance of perhaps 40 guests, it was this impressive feature of the locale that allowed me to get up close and personal when it came to capturing their ceremonial moments at the alter.
It’s worth mentioning that Kate and Eddy met while being members of the Christian community, and while normally such a wedding would be quite grandiose and enormous, there’s represented the simplicity, the modesty, and the devotedness of a religion they felt strongly about.
While the wedding itself was small, family members flew in from New Zealand to bear witness, and this was deemed more than enough to add to the depth of Kate and Eddy’s intimate wedding day.
Their vows were transient of the couple’s deep connection with one another, and ever minute of their day with friends and family was filled with laughter and love.

Outside, after the ceremony, still on the grounds of Woodloes Homestead, the light was flawless; in fact, it was impeccable for the lens, with the right amount of sunlight to not impact shade of the trees where the newly wed couple’s cocktail party was held.

With a couple tables set up, nibbles and the right amount of beverages, Kate and Eddy’s day was exactly as they envisaged it. Guests were handed an Insta camera to take snapshots and place the images in a guest book; certainly one of the more unique ways to yet again, give more intimacy to the day.

For a photographer, moments like this are a crowning glory. There’s extra opportunity to move amongst the guests, get a feel for their joy and thoughts, and put the lens right in the middle of private, quiet moments that will forever be instilled in the newly weds’ memories.